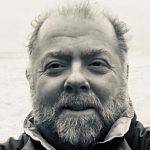 I’ve been involved in community safety for some time, both professionally and personally.

This includes being a Watch member >30 years ago, and as a trustee within the voluntary sector since 2005, locally in my own Dunblane community and nationally elsewhere.

My day job as Principal Officer, Responders & Communities with the Scottish Environment Protection Agency (SEPA) involves me developing and leading relationships with emergency responder and national community organisations for our flood warning & informing services. That focus on community safety and resilience, and being part of the Scottish Government’s Voluntary Sector Resilience Partnership, brought an increasing awareness of the excellent way NWS has been evolving and encouraged me to get further involved.

With many years as a charity trustee elsewhere, I hope I can bring some useful experience as the elected chair of NWS, and support the amazing work being done out there. 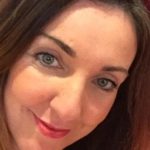 Kirsten is an Investigator with Trading Standards Scotland. Through her previous 11 years of experience in local Trading Standards, Kirsten seeks to add capacity to Trading Standards in her latest national role, undertaking cross-border casework and national projects in the priority areas of Illicit Puppy Trade, Misleading Marketing Scams, Counterfeit Goods and Doorstep crime.

Kirsten is a member of the Chartered Trading Standards Institute and a certified Trading Standards Practitioner who has a passion for ensuring that our communities, especially the most vulnerable within them, are protected. Her involvement with the Trading Standards Scotland ‘Scam Share’ Bulletin is the latest in a series of consumer protection campaigns she has spearheaded at both a local and national level.

Earlier in her career, Kirsten worked in Waste Management, assisting to implement the Clyde Valley Area Waste Plan, participating in several national programs focused on diverting and reducing waste going to landfill. In addition to her Service Development role in changing the way waste was managed, she and her team were able to have none other than ‘Sting’ endorse their local ‘message in a bottle’ recycling campaign.

Continuously seeking to improve consumer quality of life and wellbeing, Kirsten is committed to reducing physical harm and product safety risks. Most recently, she joined the Consumer and Public interest Network, a BSI program that develops standards for goods and services.

In her spare time when she’s not studying or finding a new project to undertake, she enjoys spending time with her family. Kirsten is a keen runner and has recently taken up paddleboarding given she has not been able to go scuba diving. When she really needs to escape from it all she can be found shopping.

Kirsten is dedicated to ensuring that different organisations and individuals work together to provide information on and access to excellent, integrated services for the people and communities they serve, in turn making her a natural fit for the Neighbourhood Watch/SCSN Board. .. 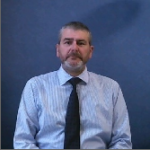 Roddy Ross is the Team leader in the Safer Communities Team at Perth and Kinross Council where he is responsible for ASB Investigators, Unpaid Work Team, Community Warden, MAPPA Housing Liaison and associated matters. He was very involved in the introduction of Community Watch in Perth and Kinross.

Roddy came onto the Neighbourhood Watch Scotland Board as a Trustee in 2019 and in January 2021 was appointed Treasurer. 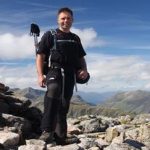 With over 28 years police service in a variety of roles including the Scottish Crime and Drug Enforcement Agency, he is now based at the Scottish Crime Campus, Gartcosh and has a national remit which primarily involves the day to day facilitation, operational drive and smooth running of the Scottish Partnership Against Rural Crime (SPARC), a partnership consisting of key and relevant organisations working together with a strategic vision of co-ordinating cohesive and sustained crime prevention advice to rural communities throughout Scotland.  In addition he chair’s the Scottish Heritage Crime Group, represents Police Scotland on the National Access Forum plus has recently been given responsibility for developing a national acquisitive crime strategy. 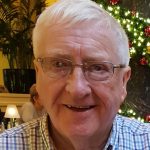 My working life started in grocery retail shops with the Coop and managing shops, at an early age.

I then turned that on its’ head and, for over 30 years, sold food to retail stores on behalf of major American food manufacturers, based in the UK.

My career progressed over the years and involved selling to major UK store Head offices supplying all regions of the UK operating from our UK HQ in Cheltenham. I then moved into a role of communications and trade relations on behalf of my employer and this role saw me entering a period of working on press releases and being involved in ensuring our working relationship with many UK retailers flourished through effective and meaningful communication channels including National trade press and advertising campaigns.

I have always been involved in helping others via varied channels and by being involved in charity support work again across the UK retail and wholesale food businesses.

Neighbourhood Watch came my way some 32 years ago when I became a coordinator looking after over 100 homes. That led to involvement with the local NHW association which guided a large geographical area of Watches and we met frequently with the local police to help us build our membership and understanding of how we as householders could help protect our home and nearby areas.

I want to use my experiences and learning of over 30 years of NHW work to help me as a board member of NHW Scotland.

I have a strong belief that we all have a role to play in protecting our own homes, possessions, and local areas by getting involved with organisations like NHW, so get involved! 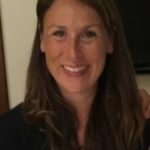 After achieving a degree in Geography from Aberdeen and a Post Graduate degree in Farm Business Organisational Management from SAC, Kathryn moved to Oxford to start her career in Public Relations with an agricultural agency.

Following this she spent two years in London working for a professional services agency. The final move was back to Scotland where she worked for a small full-service agency covering marketing, branding, media relations and event management.

Currently Kathryn heads up the Neighbourhood Watch in Inveresk. She attends Community Police meetings (CAPP) and is an active member of Inveresk Village Society. In 2021 she launched and coordinated an initiative to eradicate Giant Hogweed on the River Esk.

Kathryn is married to Alan, they live in Inveresk with their three children and far too many pets! 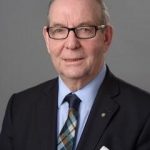 Ron McKail has been a supporter of Neighbourhood Watch schemes  for many years having set up a scheme in Birmingham in the 1980`s.

Ron is currently an Aberdeenshire councillor and in his role as Chair of the Garioch Community Safety Group he has promoted neighbourhood watch schemes in his Westhill ward. He is very pleased to be invited to be a Board Member of Neighbourhood Watch Scotland. In addition to acknowledging the benefits neighbourhood watch schemes can be in ensuring communities are safer places,   it is his intention to raise the profile of these schemes in Aberdeenshire with the target being to encourage the development of more schemes. 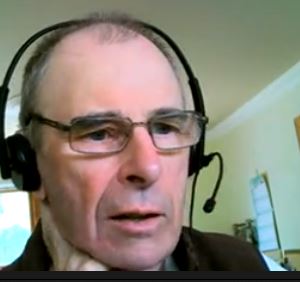 I was born and brought up on the east coast yet spent my working life down south, joining my first Watch in late 80s while living in south west London.

Most work involved business consultancy and I have experience in working in a large number of organisations and diverse industries.

I retired home to Scotland in 2015, enjoying Rural Perthshire and new-found peace and quiet of not being under a major airport flight path, as I was down south.  I intend to do something useful with my life while still able to make contributions and hope joining this board will prove successful..

As the board member from a rural area, my main concerns are preservation of the peace of our countryside and witnessing reduction of crimes and calamities (such as tourists getting lost in the hills or falling into deep water).

Valerie works with Police Scotland as the Partnership Development Manager for the organisation based within the Partnership, Prevention and Community Wellbeing Division.  Her main focus is the development of partnerships that reduce harm and prevent people becoming involved in criminality or becoming a victim of crime.  She champions Primary Prevention and a Public Health Approach to policing.

Valerie has worked in Policing since 2005 and has held senior roles in a variety of business areas which have contributed to her understanding of the wider organisation.

Prior to the Police she worked in the Civil Service where she also held a lead role for partnerships.

Valerie also represents Police Scotland on the Board of the Scottish Community Safety Network and the Community Justice Network and is delighted to add Neighbourhood Watch to her responsibilities.  Valerie said, “Neighbourhood Watch Scotland play such an important role in the development of safety by promoting resillience within communities. I am keen to help them expand and reach other place based or community groups.”

Stuart joined the Scottish Fire and Rescue Service in 2006. Until 2020 he worked on operational Fire Stations responding to emergency calls on the frontline. Currently he holds the rank of Station Commander and works as part of the Prevention and Protection function within the service, overseeing the Community Safety Engagement department which seeks to reduce fires and unintentional harm within the home. This involves working with a range of partners to deliver joint outcomes.

Stuart said “I am passionate about reducing harm and protecting those who are most vulnerable within our communities. That was the main thrust behind my career of choice and a huge driver behind me joining the board of Neighbourhood Watch Scotland. I have found a group of like-minded individuals with a real love for community engagement, sharing ideas, being proactive and seeking to protect those most in need. I view my board position on NWS as a real privilege and I will always handle it with care.”