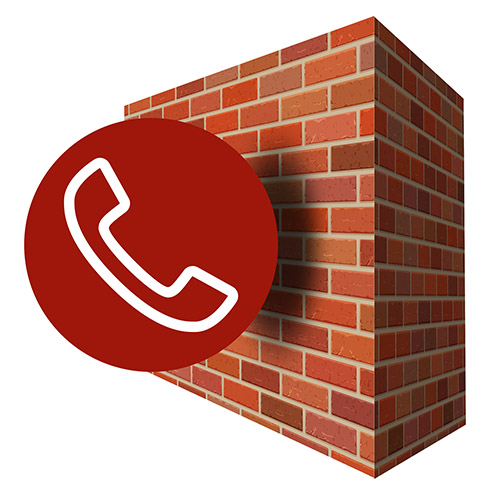 An older man had undergone major surgery for a head injury and was, as a result, very vulnerable. He would respond to anyone who called regardless of whether they wanted information or money. Inevitably he became the target of scam calls, losing over £1000 in under a fortnight.

Another study participant was overwhelmingly positive.

I can’t believe the difference since TrueCall has been installed.

I can’t believe the difference since TrueCall has been installed. When our phone rings I know that it will be friends or family. I don’t think I’ve had one unwanted call since it was fitted.

So how does it work?

When someone calls you and you have TrueCall one of three things will happen If the number is on your “safe list” then it goes straight through to you.

If the number is on the TrueCall “block list” then Truecall plays the caller a message stating “We are not interested in your call. Please hang up and do not call again.” The call is blocked and does not go through to you.

If the number is neither on your “safe list” or your “block list” then Truecall plays the caller a message asking
them to record a message stating their name and warning that this
number does not accept cold calls. You are then sent the recorded message and, if the caller is a friend, you can accept the call and add them
to your safe list. If the caller is unwanted you can refuse the call and add them to your “block list”.

In this way spam calls are stopped and calls from friends and family remain uninterrupted.
We hope you’ll consider using a call blocker or recommending it to any friends or family who you feel may be vulnerable to these scammers.