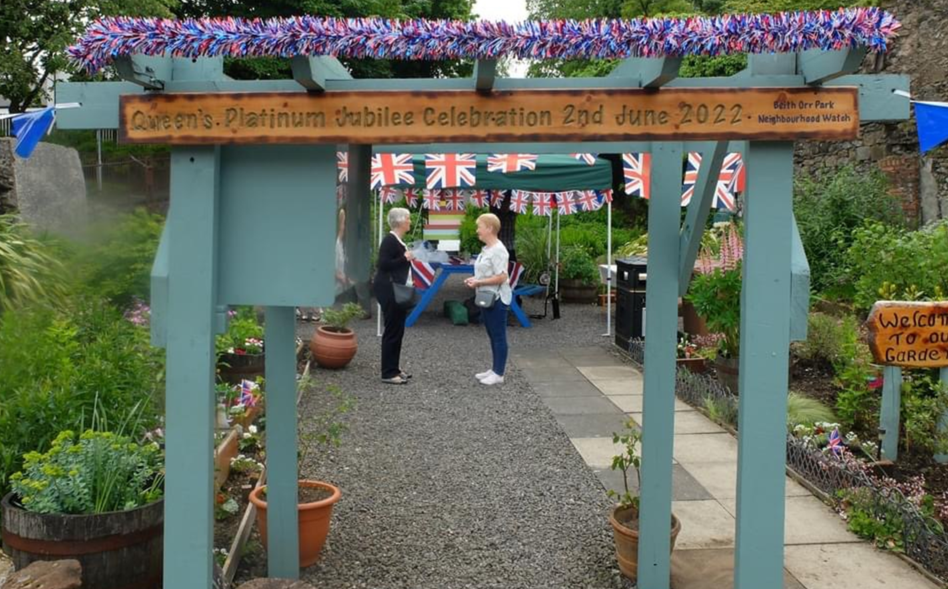 Norrie Brown, Beith Orr Park Neighbourhood Watch Coordinator said: “We were granted funding from North Ayrshire Council to help with the Queen’s celebrations which enabled us to have an on-site “BBQ” of sorts. We had ordered 6 dozen red, white and blue rolls and 5 dozen empire biscuits with the appropriate ‘badge’ on top. For safety reasons we had hot dogs using frankfurters and onions, which we kept warm in a bain marie. There was also home-made Coronation Chicken, potato salad and coleslaw supplied by two members. Plenty of tea and coffee and soft drinks or water were also available. The Smugglers’ Tavern round the corner were very kind and supplied gallons of boiling water for the thirsty Beith people!

“We also bought a supply of wee flags, balloons, tiaras and hooters for the children, together with lengths of bunting which we decorated the garden with. Plus there was free face painting carried out by a member of a local SWI group. We had 100 nice metal lapel badges for the occasion. Everything was free to anyone who cared to partake. The food only lasted for around 30 minutes and some folk were disappointed, however there was a great community atmosphere and everyone was very happy, lots of chatting and laughter.

“It is always difficult to assess attendance at an event particularly when it is open to the public and it is lovely weather. 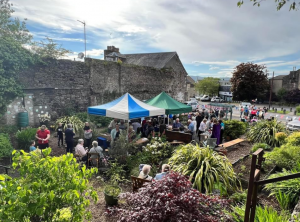 “We are now working on getting the Carving Event on the road and again have 12 carvers. Unfortunately this year we don’t have any foreign carvers but we do have a line-up of first class international carvers. We again expect to have around 50 stalls. The event takes place on Saturday 10th September”. 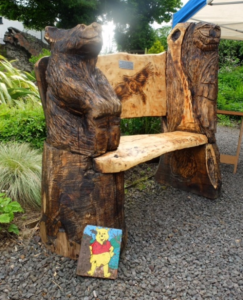