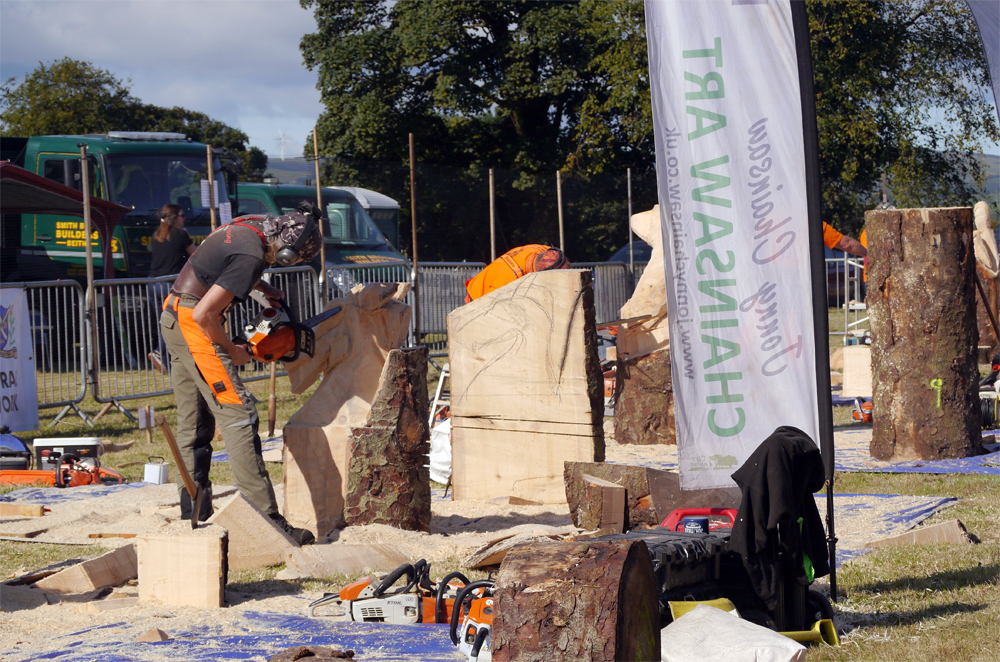 Hosted by Beith Orr Park Neighbourhood Watch, Garnock Valley Carves is a new Chainsaw Carving event in the North of North Ayrshire which had its 2nd year on Saturday 7th September 2019 following a very successful event in 2018.

This is not the first time Beith Orr Park Neighbourhood Watch has featured in our news, and I am sure it will not be the last. If ever a NW group reflected our principle of ‘Your Watch, Your Way’ it is Beith Orr Park. At the helm of this group are Norrie and Rose Brown, who are true inspirations to their community and others. 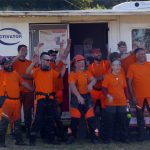 The carvers assemble for battle

Held in the town’s Manse Field the 2019 event attracted 12 international and award winning chainsaw carvers, who across two sessions showcased a spectacular piece of performance art, demonstrating their astonishing skills and talent using mainly chainsaws. The 24 or more carvings produced during the event were sold at auction at the end of the day. All profits benefit the local community and will help support future events.

Besides the woodcraving spectacle itself, the event had a wide variety of interactive stalls and attractions for all ages to enjoy and provided many opportunities to feel inspired and learn some new skills. A cross section of community groups from the Garnock Valley had activities and stalls for participants to interact with as well as free face painting, a children’s tent, woodcarving workshops, outdoors woodland crafts, games and pony rides.

In March 2018 the organisers of Garnock Valley Carves unveiled a fantastic example of the artistry of chainsaw carving with the arrival of a sculpture of a 2.5m tall bear in the centre of the town, which later featured in the NWS newsletter.  The sculpture was christened ‘Woody’ by local children and was immediately loved and adopted as a mascot for the residents of Beith. He has become a local celebrity in his own right with a memorial plaque now in place and an information board installed. ‘Woody’ has now been joined by a lovely carved memorial bench in memory of 2 children, who recently passed away. More recently Garnock Valley Carves have installed a lovely bench in the Community Garden, carved by Damon Gorecki and Tim Klock in 2018. 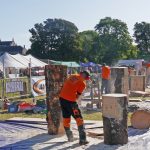 To learn more about the event go to https://www.garnockvalleycarves.com.