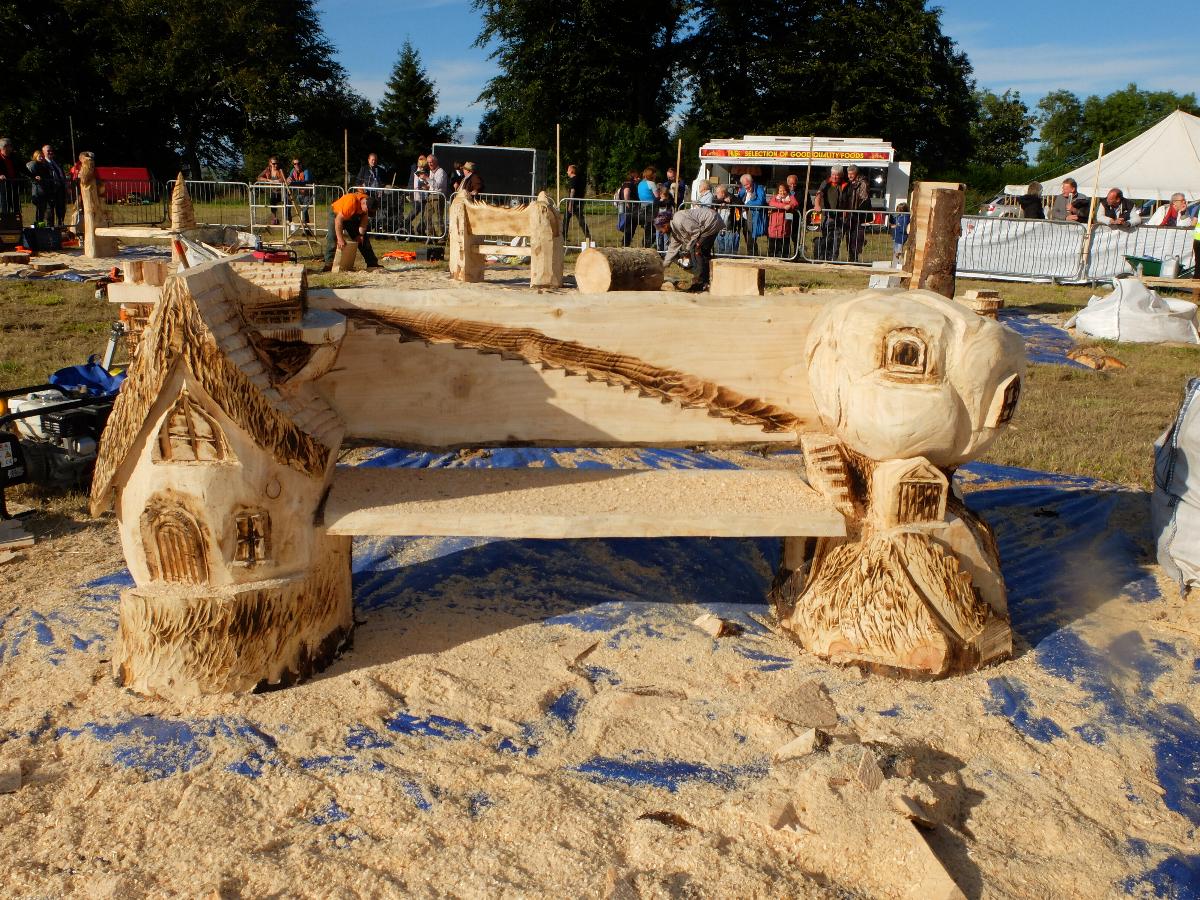 The brand new Garnock Valley Carves Chainsaw Carving Event organised by Beith Orr Park Neighbourhood Watch was held in the Manse Field in Beith on Saturday 8th September and proved to be a huge success.

Deputy Provost and the carvers

10 internationally recognised carvers (3 from USA) all displayed extraordinary talent and creative skill. In only 4 hours carving they produced large, beautiful works of art which were all sold on the day, many of them were purchased by local residents and will become part of the town. A beautiful bench with a Daddy bear at one end and Mama and baby at the other end, which was carved by Tim Klock sold before the carving finished at 4pm.

After the main carving event, each carver produced a quick carving in only 30 minutes, these were also sold.

As a supplement to the main event which was attended by around 1500 visitors, a memorial bench was commissioned by Angela Morris and Angela Hamilton. This was carved in the field prior to the main event by Damon Gorecki from Salt Lake City in memory of Cory Hamilton and Bethany Morris. This beautiful, large bench is now sited at the top of the Strand beside the memorial bear previously carved by Pete Bowsher, which was installed in February 2018.

The day started out a bit damp and by mid-morning had reached a good drizzle, however by the afternoon  the sun broke through and brought out the crowds resulting in a spectacular and memorable occasion.

You can sit on it as well!

The organising team of Garnock Valley Carves extend their sincere thanks to everyone who worked so hard to make the first event of this type in Central Scotland such a resounding success.

Planning for next year is already under way with the date being Saturday 7th September 2019.

We look forward to seeing you at the event next year.