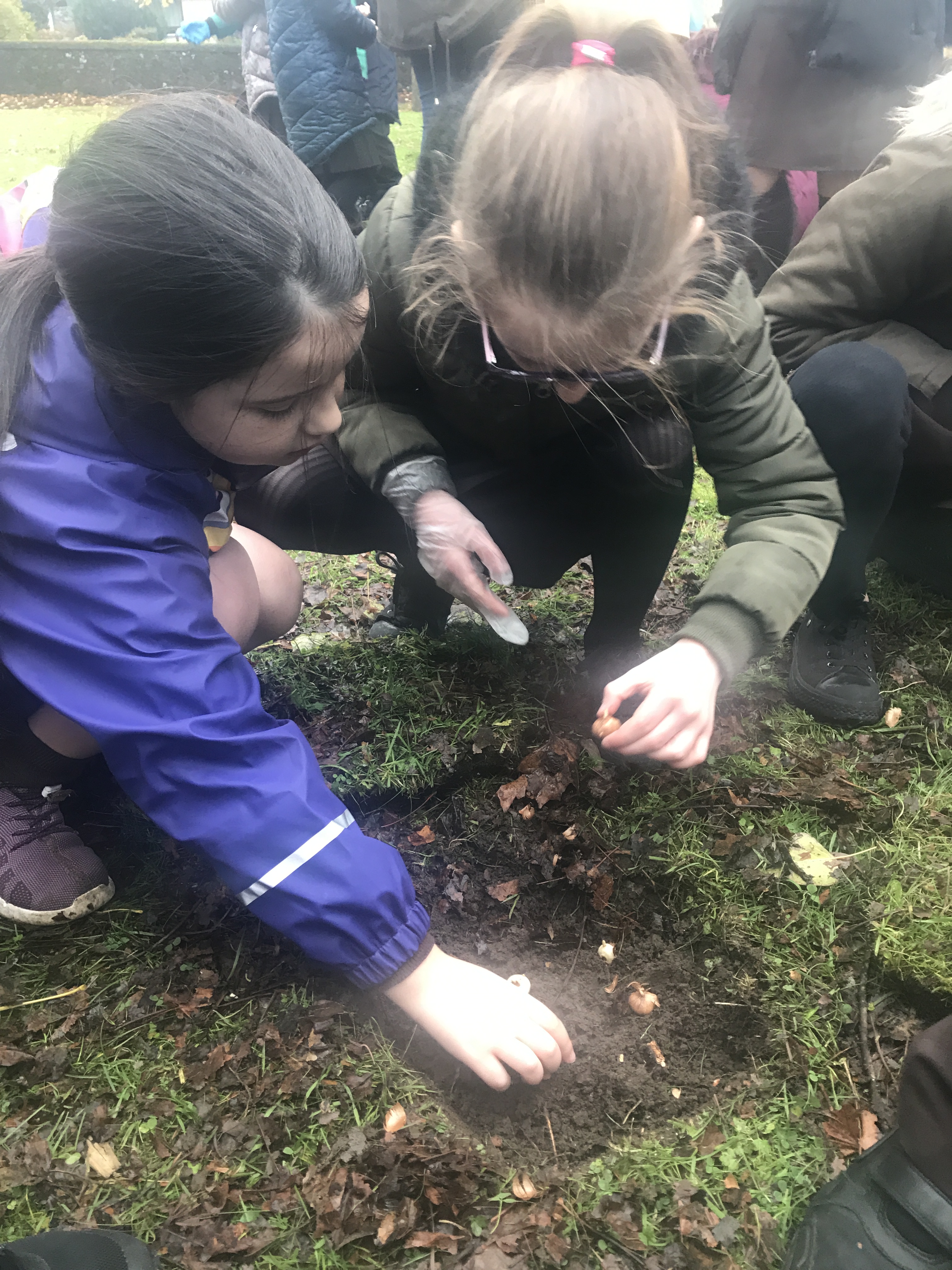 Some of these were planted by the uniformed organisations and Beith Primary and Gateside Primary Schools turned out to plant the remainder. After an introduction by members of the Garnock Valley Rotary Club the children collected the bulbs and began the planting with great enthusiasm, it is amazing how many bulbs can be planted in a very short time.

Bulbs have been planted on either side of the gate into the Boys Brigade and Scout Hall and should provide a very nice show in the spring time.

The bulbs are Purple Giant ones and the idea is that Rotary are providing these in the process of raising funds for vaccine which will be used in those countries where Polio still exists. Thankfully this crippling disease is now almost eradicated and with help from donations raised which are being matched by Bill Gates, the necessary vaccine can be purchased and administered to those young folk remaining at risk. The process is simple and painless and should help in the fight against Polio.