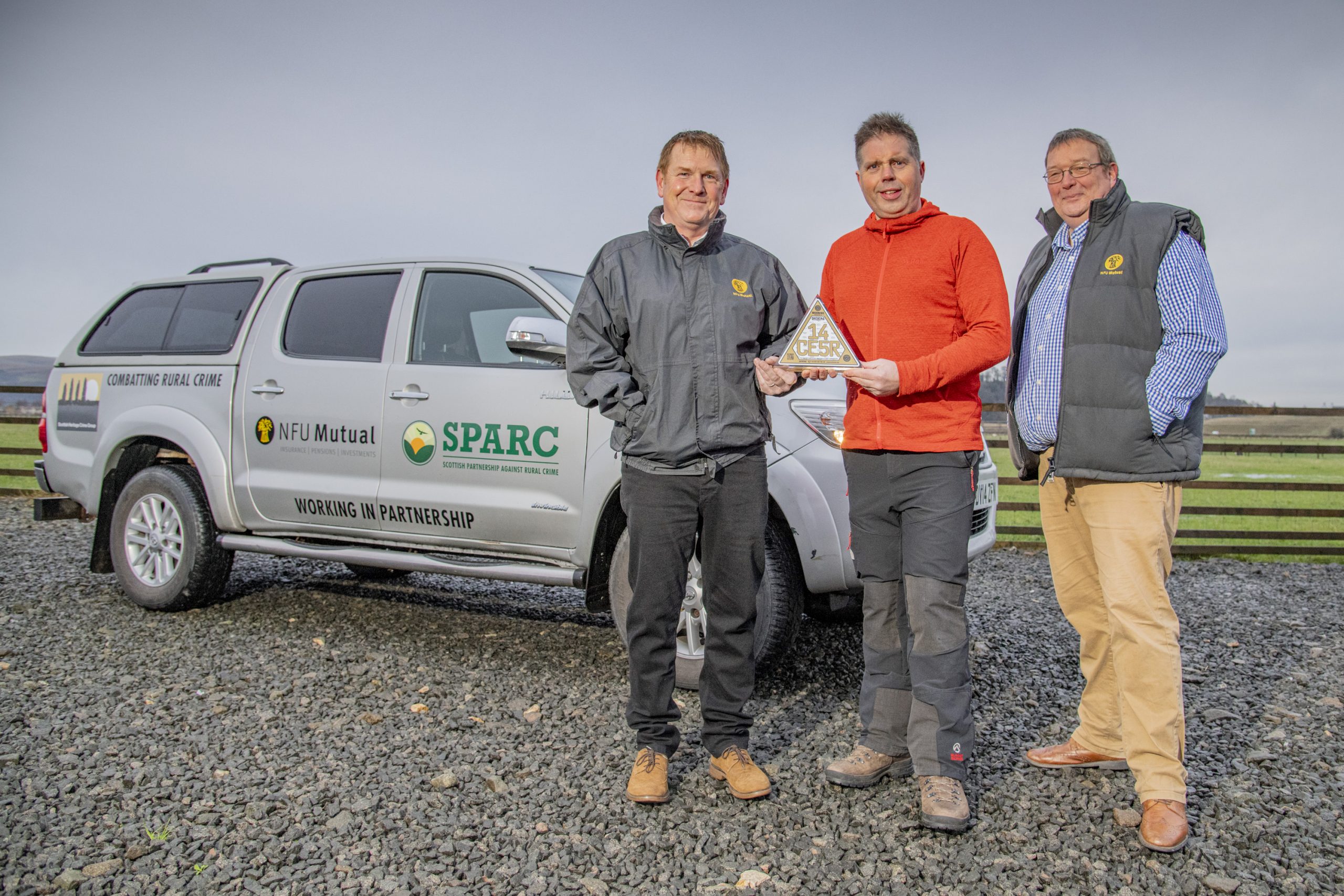 SPARC has been the key driver behind a strategic vision to co-ordinate cohesive and sustained crime prevention advice tailored to rural communities. The group also supports intelligence gathering which frequently results in enforcement activity, while contributing to regular reassurance messaging applicable to rural dwellers and businesses, regardless of their geographical locations.  As a result, representatives of Scotland’s rural communities and environments have fed back that SPARC has given them confidence that any crime-related issues affecting them are taken seriously, acted upon and understood.

Officers from the National Rural & Acquisitive Crime Unit were attending the UK-wide event at JCB World Headquarters in Staffordshire when they learned of their nomination, which, unbeknown to them, has been proposed by industry members and policing representatives across the country.  The award was given to acknowledge SPARC’s work developing and driving a holistic, inclusive and sustainable approach – involving a diverse number of partners – to tackling rural crime. This has included reducing threats from organised crime groups, as well as promoting appropriate and effective crime prevention techniques.

On receiving the award, Inspector Alan Dron said: “Extremely surprised, and humbled, that the work of SPARC has been recognised so widely. We have a dedicated team working on SPARC and all appreciate what a unique role we occupy within policing plus through all the partners in Scotland that can truly make a significant difference to people living and working in rural communities the length and breadth of the country.

“What SPARC has achieved has only been made possible as a result of continued commitment, collaboration and cohesion with genuine, equally-focused and passionate partners, coupled with policing colleagues in our 13 territorial divisions who assist SPARC and the team on a daily basis plus those in local areas who give their time, organise and drive forward the 14 local partnerships against rural crime